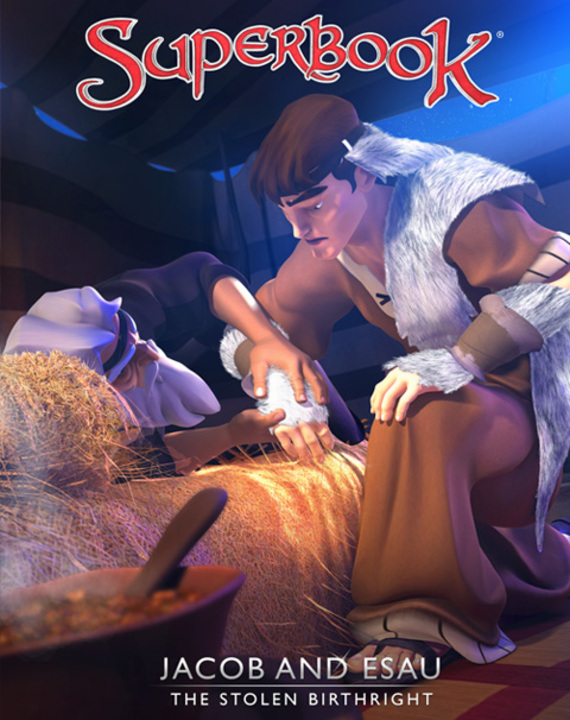 In the Quantum yard, during a spirited water fight, Joy accidentally gets Gizmo's inner workings wet and he fritzes out. Because of this, Chris becomes furious with Joy, saying he'll never forgive her. SUPERBOOK intercedes and whisks the kids back to the days of Jacob and Esau. The two brothers compete over many things, but when Esau gives up his birthright and Jacob tricks his father out of a blessing they become estranged for many years thereafter. When Jacob finally goes to Esau and his brother finds it in his heart to forgive Jacob, Chris takes the cue and forgives Joy as well. Genesis 25:19

When you have wronged someone, seek forgiveness.

Does the New Testament replace the Old Testament?